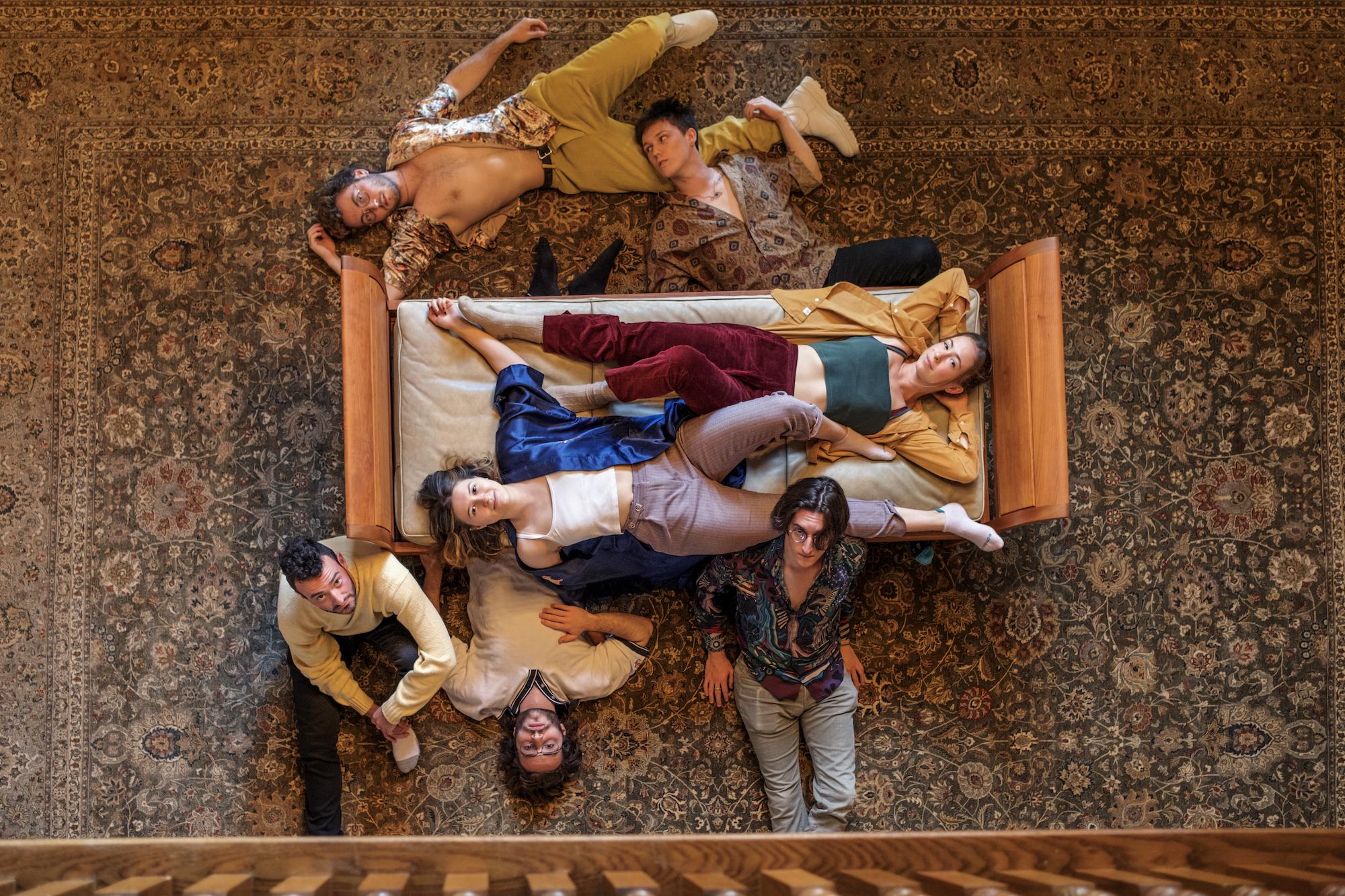 What you need to know: We’re Melt. This Fall, the seven of us will be hitting the road for the band’s first headlining tour. We released our debut EP in February 2021. Everyone told us it sounds like we’ve matured––who knows what that means, we still hold hands when we cross the street.

What to expect: Existential pop songs with ethereal jam-sections...somewhere between soul and psychedelia. Here’s what other people say: “pop-jazz espresso” (Live For Live Music), “one groovy superorganism” (NPR), “a triumph” (The Boston Herald). Wow!

What you didn’t know you want to know: There are more molecules of water in one cup of water than there are cups of water in all the world’s oceans.

This unexpected success launched Melt into a double life: college during the week and shows across the Northeast on the weekend. Releasing only four more singles between 2017 and 2020, Melt was already selling out their concerts and landing opening bills with acts like Lawrence, Sammy Rae, and Karl Denson at Webster Hall. The band has also played festivals around the country, including FloydFest (VA), Southwest Invasion (Austin, TX), and the Rhode Island Music and Arts Festival.

During lockdown, Melt released their first full-length body of work, “West Side Highway,” a collection of six songs that make you want to dance alone in your bedroom. But like you, the band’s ready to get back together and thrive off the energy of their biggest crowds yet.

Miki Fiki is an alt-pop project by artist Ted Hartog, founded in 2017 in a ranch-style house in west Nashville. From the debut self-titled EP to the danceable single “Stranger”, Miki Fiki has been influenced by artists as varied as Anderson .Paak to Ben Folds. Jazz/funk instrumentals combine with lyric-heavy verses and expansive harmonies to create a sonic landscape of "indie-pop brilliance" (Lightning 100), a sound that has made fans and friends in sweat-soaked basement shows from Mobile, AL to Amsterdam, NY.