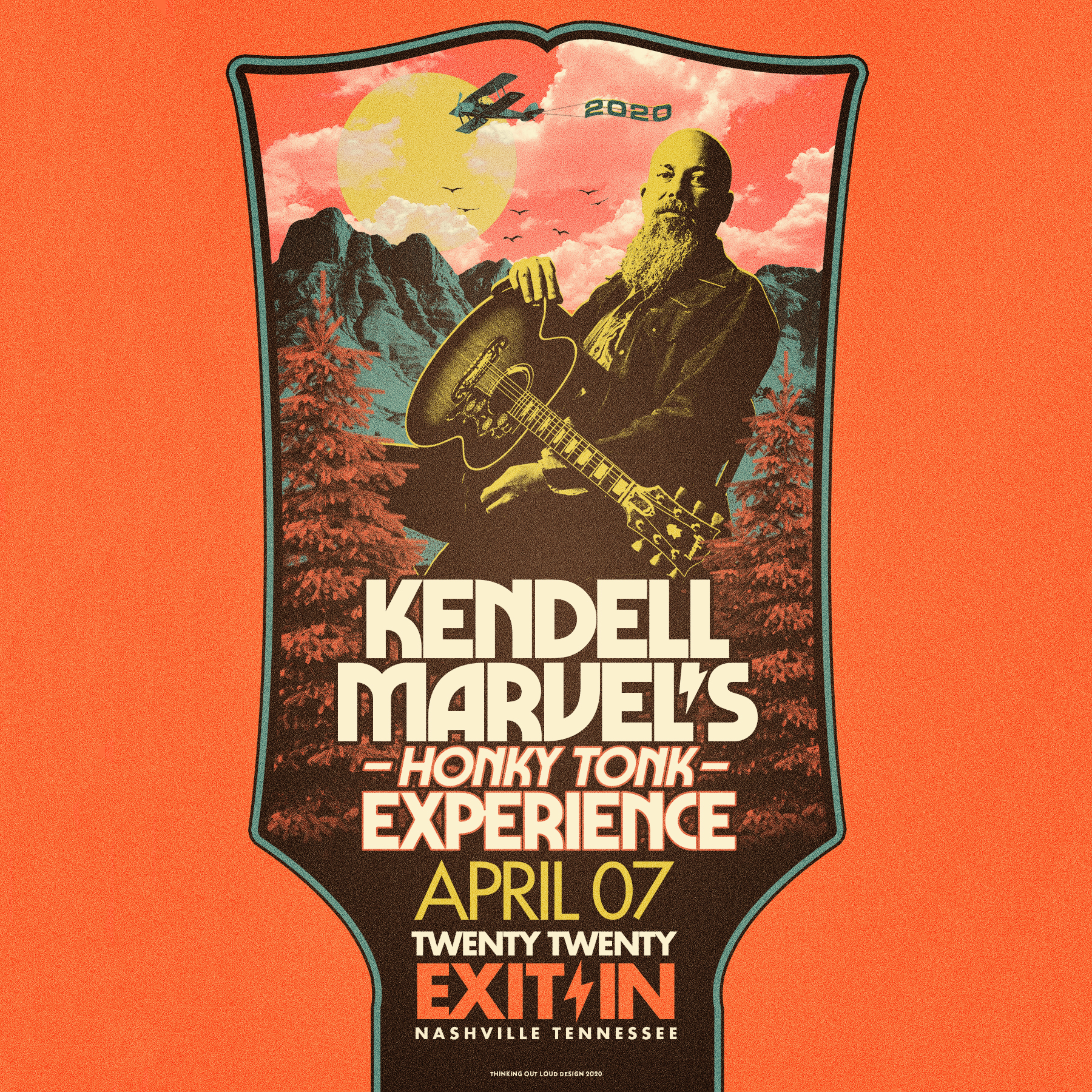 Any ticket suspected of being purchased for the sole purpose of reselling can be canceled at the discretion of EXIT/IN and/or Eventbrite. The maximum number of tickets available per purchase for each event is the maximum number permitted per customer. Your name, credit card, address, and email address will be verified. EXIT/IN and/or Eventbrite reserve the right to cancel any orders in excess of the stated ticket limit.

Lineups and times are subject to change.

Tickets available at the door (if not sold out).

No re-entry. No refunds - No exceptions.

Kendell Marvel wrote and recorded his new album, Solid Gold Sounds, in a matter of days, but it took a lifetime in country music to get there. Marvel and The Black Keys’ Auerbach co-wrote nine of the album’s 10 songs, drawing on the country sounds of the ‘70s as well as Marvel’s own experiences. Their songwriting collaborators include country legend John Anderson on the album’s first track, “Hard Time With the Truth.” A native of Southern Illinois, Marvel moved to Nashville at 28, shifting his goal of being an artist to raising his family while working as a songwriter. Marvel’s writing credits include Gary Allan’s “Right Where I Need to Be” and Chris Stapleton’s Grammy-winning single, “Either Way.” Brothers Osborne, Jamey Johnson, Jake Owen, Blake Shelton, George Strait, and Lee Ann Womack have also cut his songs.