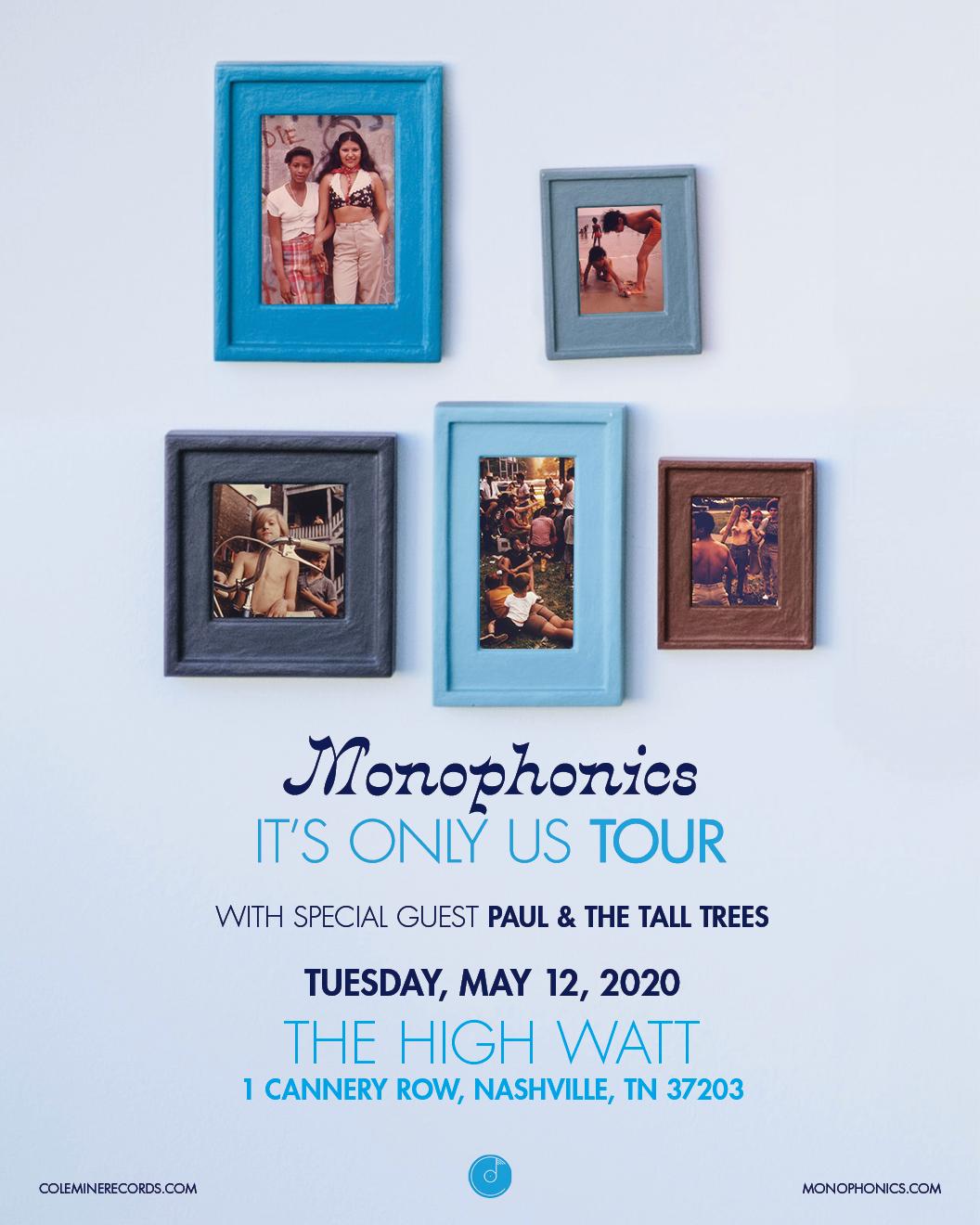 With a timeless sound that blends heavy soul and psych-rock, Monophonics have built a reputation over the past decade as one of the best live bands in the country. Led by singer Kelly Finnigan, the band of has drawn on their colorful history — both their experiences as veteran touring performers and as individuals growing up in the Bay Area — to create “It’s Only Us,” their fourth release since 2012, out March 13th on Colemine Records. A reflection of what they see as the current state of the world, the record touches on difficult subjects such as broken relationships, mental health issues, gun violence and power struggles, all with an underlying message of unity, resilience and acceptance. The band’s signature style of arrangement — leaning on warm textures, thanks to rhythm and horn sections whose reputations precede them — has been expanded with top-notch production and creative instrumentation: a Mellotron, lap steel guitar, harp and Moog all round out the Monophonics’ trademark soul sound, while Finnigan’s vocals are more powerful than ever. At times these tracks can feel classic, as familiar as an old song you grew up with, while simultaneously raising questions about the state of music in 2020 and what the future might hold. “It’s Only Us” is the sound of a group continuing to grow as songwriters, musicians, performers and people — reflecting on where they’ve been, and pushing the boundaries of what’s possible in the years to come.