10 Musical Acts To See In Nashville This Week

This is going to be music to your ears, Nashville.

It’s November. That means tons of new music releases and a million awesome bands are coming through on tour and hanging out at coffee shops all day (if you want to make a game out of it, go to Fido and play the surprisingly difficult people-watching game “Touring indie band or Belmont study group”). In the midst of all this awesome new music, you’ve probably been listening to T-Swift on repeat – what up 1989! – whether you are going public with your Swift love or not (though she took her music on Spotify, so no need to turn on that “private” session if you’re a closeted fan). Wanna mix it up this week, live music style? Going out to see a band is the best way to let new music get into your system and find a solid record to carry you through from fall to winter. Here are ten acts coming to Nashville this week (and if none of them suits you, find something more your style here):

Young Jeezy has been around the block. The leader of USDA and former member of Boyz n da Hood & Black Mafia Family, Jeezy has got some major cred in the hip hop scene. If you haven’t been to a rap show recently (or ever), this is your chance. He’s a 4 time Grammy nominee, y’all! This is happening at Marathon Music Works, so you can grab a bite to eat at the nearby Puckett’s or Virago (half price sushi and 2-for-1 cocktails on Mondays)! (Monday)

Country In A Classic Venue

Opry At The Ryman

Fresh off Nashville’s biggest week of country (hello, CMA Awards), some of Music City’s finest are gathering for this week’s installment of the classic series “Opry At The Ryman“. Check out Ashley Monroe (a lovely lady with a Dolly Parton-esque talent for intimate vocals and songwriting), Dustin Lynch, Lee Greenwood, Dailey & Vincent, Bill Anderson, and more! If you want to grab dinner/drinks before or after, head to the nearby Whiskey Kitchen. If you REALLY want to make a night of it, check out our Wannado EXCLUSIVE Girl’s Just Want To Have Fun package – you’ll get a gift card to an M Street restaurant, some goodies from Cupcake Collection, and a field guide to Nashville! (Tuesday)

Songs That Will Give You ALL The Feelings

If you just want to stand in a venue with a drink in hand and have a good cry, this is your thing. Noah Gunderson has been in a couple of acts over the years, but his solo project is so deeply felt and well-written, you’d have to be made of stone to not get a little emotional when he whisper-sings “First Defeat”. He’s playing at Mercy Lounge, so it’s going to be a pretty magically intimate show. Nearby food and drink for your post-concert needs: If you’re feeling fancy, Sinema is right down the road. Want more middle-of-the-road pricing and ambience for days? Pinewood Social is close too! Get your vintage bowlin’ on post-show for a truly hip night. (Tuesday) 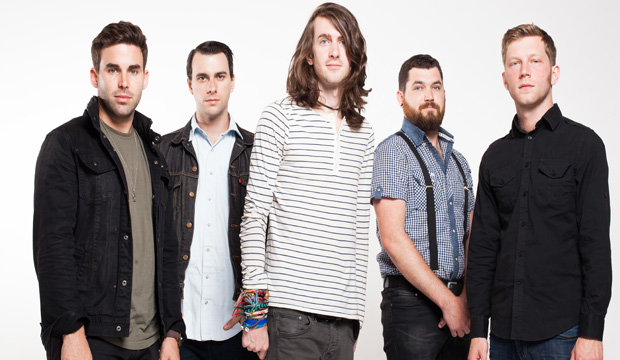 Mayday Parade might have produced a lot of teens’ Myspace song, but their music knows no bounds or demographics. We bet you’ve jammed out to “Jamie All Over” and/or let a single tear drop cascade down your face while driving around in your mom’s Honda listening to “Terrible Things”. Hear it live, as well as their new stuff (which is great) at Cannery Ballroom! Try out ML Rose for burgers/beer or Koi for some killer pad thai on the cheap! (Wednesday)

Gussy Up & Feel That Swing

A Night At The Cotton Club

It won’t be a brodie to kick up your heels at this clam-bake, kitten; this wingding is going to blow your wig off! Translation: it won’t be a mistake to go this fun event, lady; this party is going to make you really excited. Consider this our formal petition to bring 1930’s slang back. Nashville Symphony is giving us A Night At The Cotton Club, a swingin’ show from a full orchestra playing the hits of the actual NYC-based Cotton Club of the 1920s-30s. It’s gonna be a classy night! To keep that theme going (if you’re willing to spend a little green, dollface), check out The Palm, Sinema, or Merchants for that throwback vibe.  (Thursday)

Get Retro With Some Mega-Talented Sisters

These sisters have become Nashville royalty in no time. The MTSU alum impressed Music City’s unofficial reigning king-of-cool Jack White, and their latest record was produced by none other than T-Bone Burnett. The sweet retro glam is undoubtedly present, from their perfectly pressed vintage daydresses to the Everly Brothers-esque tight harmonies. You’ll be doin’ the twist to “Rattle My Bones” and swaying in the imaginary arms of Don Draper to “Lonely Island”. You don’t wanna miss it, so head to 3rd and Lindsley. Nearby drinks/dinner spot Husk will hit the spot if you want some farm-to-table goodness! (Thursday)

Rediscover The Magic Of Your Youth

Honesty hour: We never really left Aaron’s Party (not even when he said “everybody get out now, on the double”). Aaron Carter was more than just Nick Carter’s baby brother or Lizzie McGuire’s mistletoe encounter (3rd grade hearts around the world synced up to one beat when he said “Merry Christmas, Lizzie”) – he’s a pop superstar. Check out the all-grown-up version at Rocketown and get ready to fangirl-scream…we know it’s just waiting to surface. Grab a bite at The Flying Saucer before your show! (Saturday) 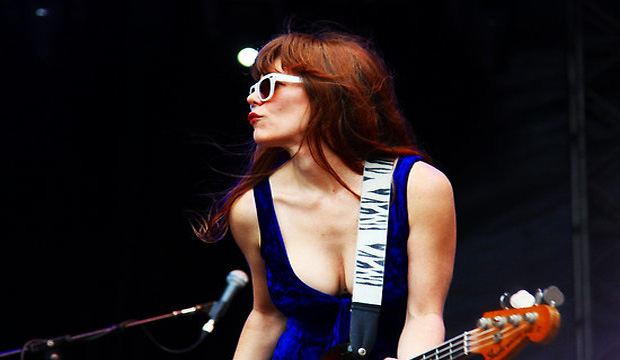 Jenny Lewis is COOL. There’s really no other way to put it. The reigning queen of indie pop is playing Marathon Music Works in a music event brought to us by Lightning 100, and we are so pumped. From Rilo Kiley to indie duos to her awesome new solo album, Lewis reigns supreme when it comes to deceptively upbeat melodies and cutting lyrics. Come see her in person, and if you’re up for the drive hit up Red Door after the show. You’ll be able to decompress and chat with your fellow music lovers. (Saturday)

Get Rowdy With These English Lads

Another show from Lightning 100 this week! This one is gonna be solid, folks. Bear’s Den has been all over for the past couple of years, opening for wildly popular folk groups like Mumford & Sons. The fellas are gaining popularity in their own right, and with good reason. The mandolin-tinged melodies are super energetic, so come ready to feel like you’ve stepped into a little English pub. Keep that theme going with a trip to The Pub in The Gulch! (Sunday)

Whew. It’s going to be a music-filled week in the 615, and we just can’t wait. Didn’t find something that made your music-lovin’ heart skip a beat? Check out our full live music listing here, and grab Wannado for all your Nashville needs! We’ll keep you in the know. Happy Monday, y’all!