Carey Bringle, the owner of Peg Leg Porker and the only award-winning pitmaster in the world with an award-winning spirits brand, marries his two passions again with his new 15-Year Pitmaster Reserve Label to Tennessee Straight Bourbon.

This limited edition, 15-Year Pitmaster Reserve Label joins the ranks of Bringle’s existing signature series of hickory charcoal filtered straight Tennessee bourbon: 4-6 Year White Label, 8-Year Grey Label, and 12-Year Black Label. Peg Leg Porker Bourbon has won two of the highest honors in the industry. The Peg Leg Porker 8-Year was first released in 2015 and quickly gained popularity across the state of Tennessee. It was awarded the prestigious Gold Medal at the San Francisco World Spirits competition during the first year of its release. Since then it was also awarded a Platinum in most recent competitions. Bringle released his 12-Year in April 2017 and it quickly garnered a huge following. Only 500 six-pack cases were released and they quickly sold out. It was awarded the prestigious Platinum Medal at the San Francisco World Spirits Competition. 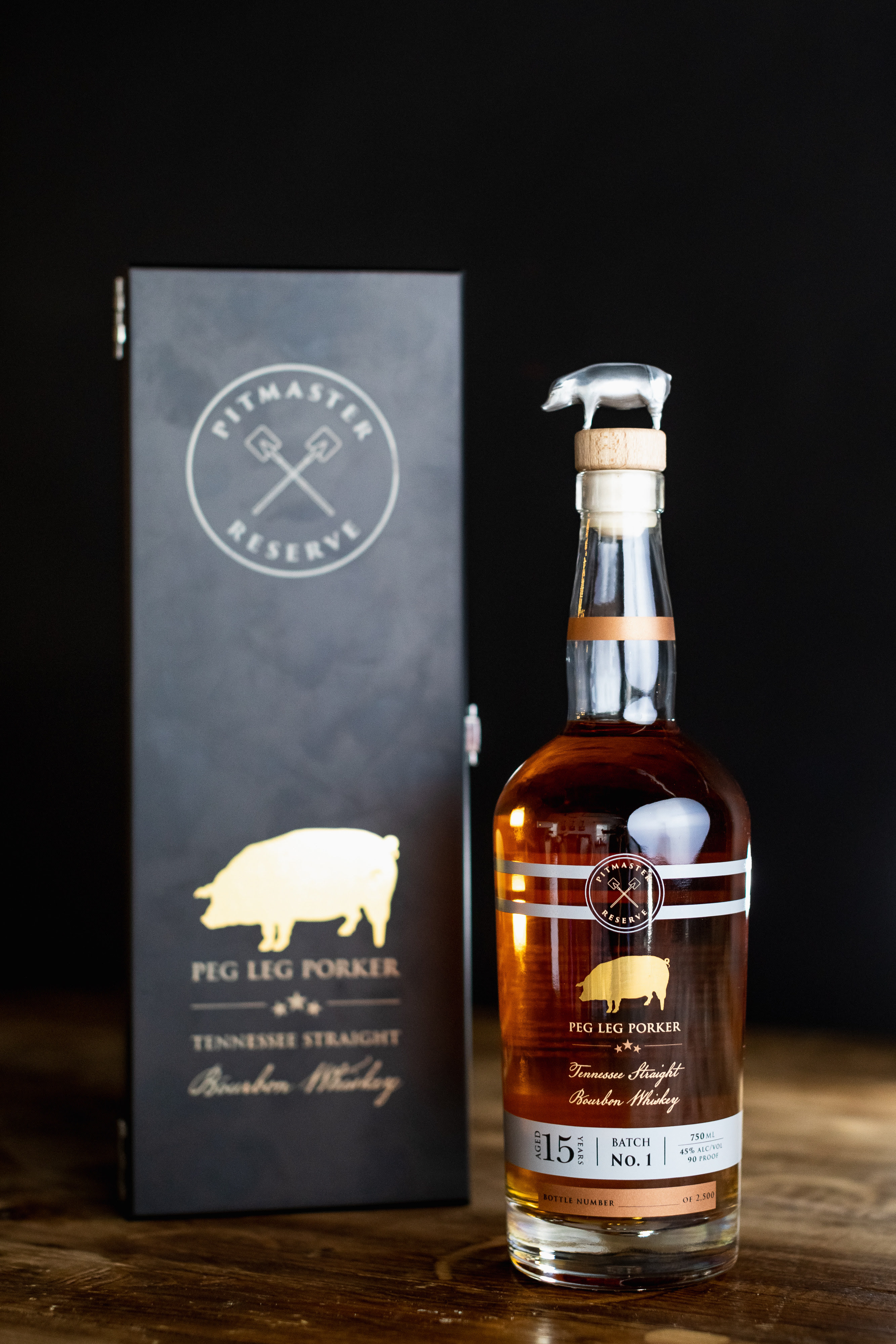 This special 15-Year Pitmaster Reserve Label has been seven years in the making and “is the culmination of hard work and relentless sourcing,” Bringle explains. They’ve spent the past year perfecting the design so that the packaging reflects the product it contains as their most commemorative bottling, yet. The 90-proof, collectors-edition bourbon comes in an exclusive satin-lined wooden box and Peg Leg pig stopper, you’ll see how much care went into the design detail. “We worked on the packaging for a year and want to deliver the award-winning taste that our fans have come to expect from Peg Leg Porker.” According to Bringle, “Our signature hickory filter finish makes our product unique in the market. It has a hint of smoke without being overly smokey. The fact I am a pitmaster who has spent 35 years working with smoke has given me the ability to understand the nuances of this element in our bourbon.”

The Peg Leg Porker Tennessee Straight Bourbon 15-Year Pitmaster Reserve Label will only be available once a year with just 2,500 bottles available for purchase. It will be available in select states for $400 SRP. Peg Leg Porker Spirits are currently available across the states of Tennessee, Oklahoma, New York, North Carolina, Kansas, and Louisiana. Kentucky and Georgia were also added this month and will take their first shipments this week. Learn more about Peg Leg Porker products here https://www.peglegporkerspirits.com/.